The idea of an air academy dates back to 1954. Colonel Edmond Petit, then head of the French army’s information service and literary director of the French air forces magazine, had published a number of articles in 1954 arguing for such an institution. He saw it mainly as a means to defend the French language in aeronautics texts, where the Académie française was not competent, and as a place where the history of aviation could be recorded.

Creation of the Academy thanks to the reputation of André Turcat

This project came to life only in 1983, but in a more ambitious form. It was former head pilot of Concorde, André Turcat, who managed to breathe life into the French Air and Space Academy, thanks to his reputation both in the French aeronautics world and in Toulouse local government. The material support of Toulouse enabled AAE to set up on the site of the former Jolimont observatory. The thirty-five founding members met for the first general assembly on 21 November 1983, the two hundredth anniversary of the first human flight. Set up as an association according to the law of 1901, and declared of public utility in 1987, the aim of the Academy is to:

“develop high-level multidisciplinary thinking and to encourage the development of quality activities of all types in the field of air and space. Its purpose is to enhance and enrich the scientific, technical, cultural and human legacy, to disseminate knowledge and to provide a focus for activities.”

To better reflect the reality of the European environment, whilst maintaining the benefits of its French origins, the general assembly, in its session on 19 June 2006, decided to change its title to: Air and Space Academy. All members must give a representative image of the European aerospace community. Thus, by 2020, there are already more than 30 members outside France and this number has yet to increase

The first day of the Academy

On 21 November 1783, a hot-air balloon carried for the first time into the air two men, Pilâtre de Rozier et le Marquis d’Arlandes. The conquest of the skies began for humankind.
Two hundred years later, to the day, the first national air and space academy was founded in Toulouse. (A reproduction of the hot-air balloon used by Pilâtre de Rozier and the Marquis d’Arlandes took off on this occasion from Toulouse’s central square, Place du Capitole). 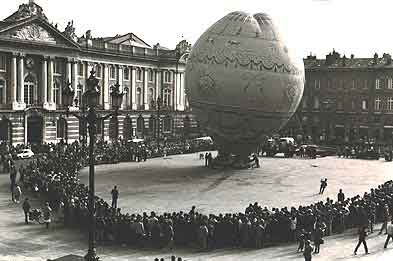 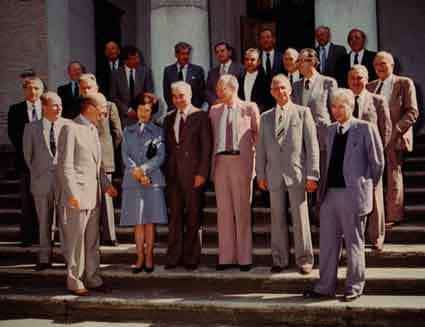 Some of the founder members on this photo taken on the day the Academy was created: