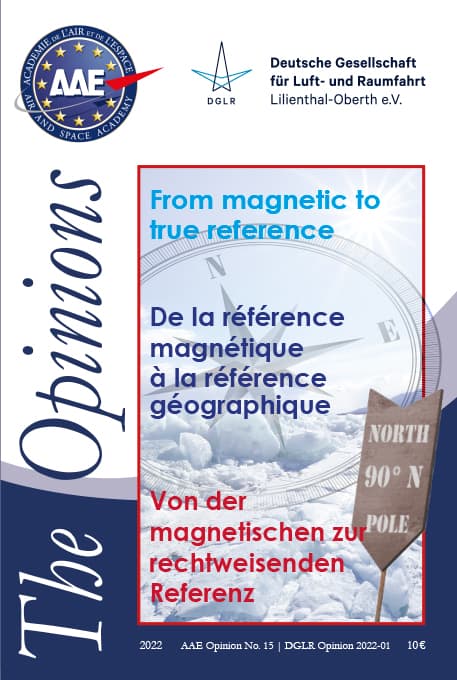 Since the early days of aviation, magnetic North has been used as a reference for headings and flight paths, except in the vicinity of magnetic poles. Until relatively recently, magnetic compasses and flux valves were the only instruments capable of providing heading information. However, the availability of inertial reference systems and global satellite navigation has changed the game. The systemic errors, complexity and recurrent costs generated by the use of magnetic reference would be eliminated by the use of true reference, which has been in use for maritime navigation for several decades.

AAE and DGLR wish to play an active role in promoting the transition to true North reference and encouraging stakeholders to prepare for transition by 2030. This joint opinion provides guidelines on how to prepare for this transition at the beginning of next decade.