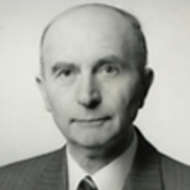 It is with great sadness that we announce the passing of Jean Carpentier, honorary member of the Academy and senior advisor to ONERA, on November 7, 2021.

Polytechnician (class of 1944), Jean Carpentier launched the first French achievements of inertial navigation. At the DRME (1961-1977), he contributed to the Calculation Plan and the creation of the National Bureau of Metrology. He was also successively director of the DRET (1977-1984) and then president of ONERA (1984-1991). He also held the position of co-editor-in-chief of the journal “Aerospace Science and Technology” and editor-in-chief of the journal Scientifique et technique de la défense (1991-2004).