Inauguration of the Heliport of Paris, Issy-les-Moulineaux-Général Valérie André 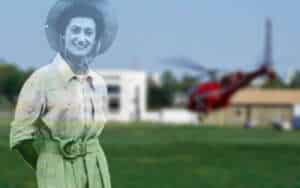 The Surgeon General Valérie ANDRE, gave her name to the heliport of Paris -Issy-les-Moulineaux during a ceremony organized in her presence on the occasion of the “International Women’s Day” on March 8th. Various personalities (Municipalities of Issy-les-Moulineaux and Paris, Aéroports de Paris, Aero-Club de France, Minister of Transport) have retraced his life and his exceptional qualities.

The take-off of a civil protection helicopter on health alert in the middle of the ceremony and the Musique de l’air, moved in numbers, animated this inauguration where the youth was represented by the large kindergarten section of the Marie Marvingt school in Issy-les-Moulineaux.

Our colleague, a founding member of the Air and Space Academy who will turn one hundred years old next month, described her struggles in two reference books: “Madame le Général” and “Ici, fan“. 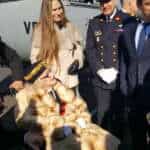 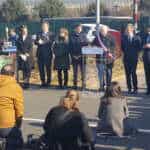